No other details were specified on how many films or years the partnership would last. Together, the two are already working on a film called “War Of 84” for Netflix.

Berloff is best known for writing the NWA biopic “Straight Outta Compton,” which earned her an Oscar nomination. She’s also teamed up with Netflix on another film, co-writing the screenplay for upcoming crime thriller “The Mother” with Jennifer Lopez. Gatins was nominated for an Oscar for his work on Denzel Washington’s film “Flight.”

“The film development system has long since broken,” Berloff said. “Gatins and I spent a lot of time discussing how it could be improved – for both filmmakers and studios. We are so excited that Netflix saw the value in our new approach and welcomed us on board. Plus, working with Ori, Kira, and Scott feels like the opportunity of a lifetime,” Berloff added, referring to Netflix execs Ori Marmur, Kira Goldberg, and Scott Stuber.

“Andrea and I have had a great collaboration with Kira, Ori and Scott over the past few years – it’s been an incredible opportunity to work exclusively with everyone on the feature side at Netflix,” Gatins said.

“From gripping dramas based on true stories to adventures and action-spectacular comedies, Andrea Berloff and John Gatins have created stories that connect deeply with audiences across genres. We are thrilled to begin this creative partnership with these two acclaimed and versatile writing talents.

Variety reported the news for the first time. 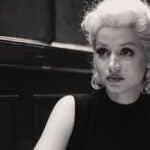